Elders and Deacons John Milton on the Priesthood of all Believers 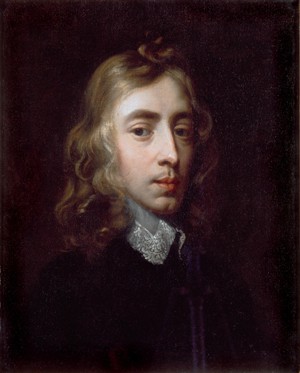 John Milton on the Priesthood of all Believers

And this all Christians ought to know: That the title of clergy St. Peter gave to all God's people, till Pope Higinus and the succeeding prelates took it from them, appropriating that name to themselves and their priests only; and condemning the rest of God's inheritance to an injurious and alienate condition of laity, they separated from them by local partitions in churches, through their gross ignorance and pride imitating the old temple, and excluded the members of Christ...

For we have learned that the scornful term of laic, the consecrating of temples, carpets, and tablecloths, the railing in of a repugnant and contradictive mount Sinai in the gospel, as if the touch of a lay Christian, who is nevertheless God's living temple, could profane dead Judaisms, the exclusion of Christ's people from the offices of holy discipline through the pride of a usurping clergy causes the rest to have an unworthy and abject opinion of themselves, to approach to holy duties with a slavish fear and to unholy doings with a familiar boldness. For seeing such a wide and terrible distance between religious things and themselves, and that in respect of a wooden table and the perimeter of holy ground about it, a flagon pot and a linen corporal, the priest esteems their layships unhallowed and unclean, they fear religion with such a fear as loves not, and think the purity of the gospel too pure for them, and that any uncleanness is more suitable to their unconsecrated estate.

But when every good Christian, thoroughly acquainted with all those glorious privileges of sanctification and adoption which render him more sacred than any dedicated altar or element, shall be restored to his right in the church, and not excluded from such place of spiritual governments his Christian abilities and his approved good life in the eye and testimony of the church shall prefer him to, this and nothing sooner will open his eyes to a wise and true valuation of himself, which is so requisite and high a point of Christianity, and will stir him up to walk worthy the honorable and grave employment wherewith God and the church hath dignified him; not fearing lest he should meet with some outward holy thing in religion which his lay touch or presence might profane, but lest something unholy from within his own heart should dishonor and profane in himself that priestly unction and clergy-right whereto Christ hath entitled him.

Then would the congregation of the Lord soon recover the true likeness and visage of what she is indeed, a holy generation, a royal priesthood, a saintly communion, the household and city of God. And this I hold to be another considerable reason why the functions of church government ought to be free and open to any Christian man, though never so laic, if his capacity, his faith, and prudent demeanor commend him. And this the apostles warrant us to do. But the prelates object that this will bring profaneness into the church; to whom may be replied that none have brought that in more than their own irreligious courses, nor more driven holiness out of living into lifeless things.

John Milton, The Reason of Church Government, 1642. English poet and scholar who is best known for the epic poem Paradise Lost (1667).